You already have an account with us and need to fill your propane tank?
It’s easy. Just call us or order online, taking care to include your account number and if possible, the actual percentage of use of your tank.

Simply fill out the form to get your order

Would you like to obtain an estimate on one of our products or on the services offered?

Nothing could be simpler, call us or fill out the online form.

Do you already have an account with us and need to refill your propane tank?
Nothing could be simpler, call us or order online, taking care to enter your number
account and, if possible, the current percentage of use of your tank.

Simply fill out the form to get your order

Here are the answers to your questions.

If you don’t find your answer, do not hesitate to contact us

WHAT ARE THE INSTALLATION & CLEARANCE STANDARDS FOR A PROPANE TANK?

DOES MY TANK HAVE AN EXPIRATION DATE?

All propane tanks have identification sequences on the tank collar. This indicates the manufacturing date. Here is an example of a serial number. Some tanks have a 10-year lifetime and some 25 years. Requalification of a tank can be made several times during its lifetime. This is why you could see several requalification dates on a same tank. 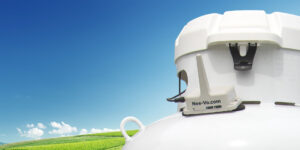 HOW DO WE MAKE MAINTENANCE ON PROPANE TANKS?

WHAT SHOULD I DO IN THE EVENT OF A PROPANE LEAK?

**Note that a low propane level, 15% and less, can also cause such an odor.

PROCEDURE TO IGNITE THE PILOT

The system pilot could have been turned off following many events.

**If PILOT does not remain lit after the 20-second delay, contact a member of our expert team.

WHAT IS THE BEST TIME TO ORDER PROPANE REFILLS?

We recommend that you contact us for deliveries as soon as your tank reaches a 30% level. This will leave us enough time to send a delivery truck before the tank gets completely empty.

WHERE DO I SEE THE PROPANE LEVEL LEFT IN MY TANK?

WHAT IS THE PROCEDURE IF I HAVE TO MOVE?

IN WINTER TIME, WHAT IS THE PROCEDURE FOR A QUICK & SAFE DELIVERY?